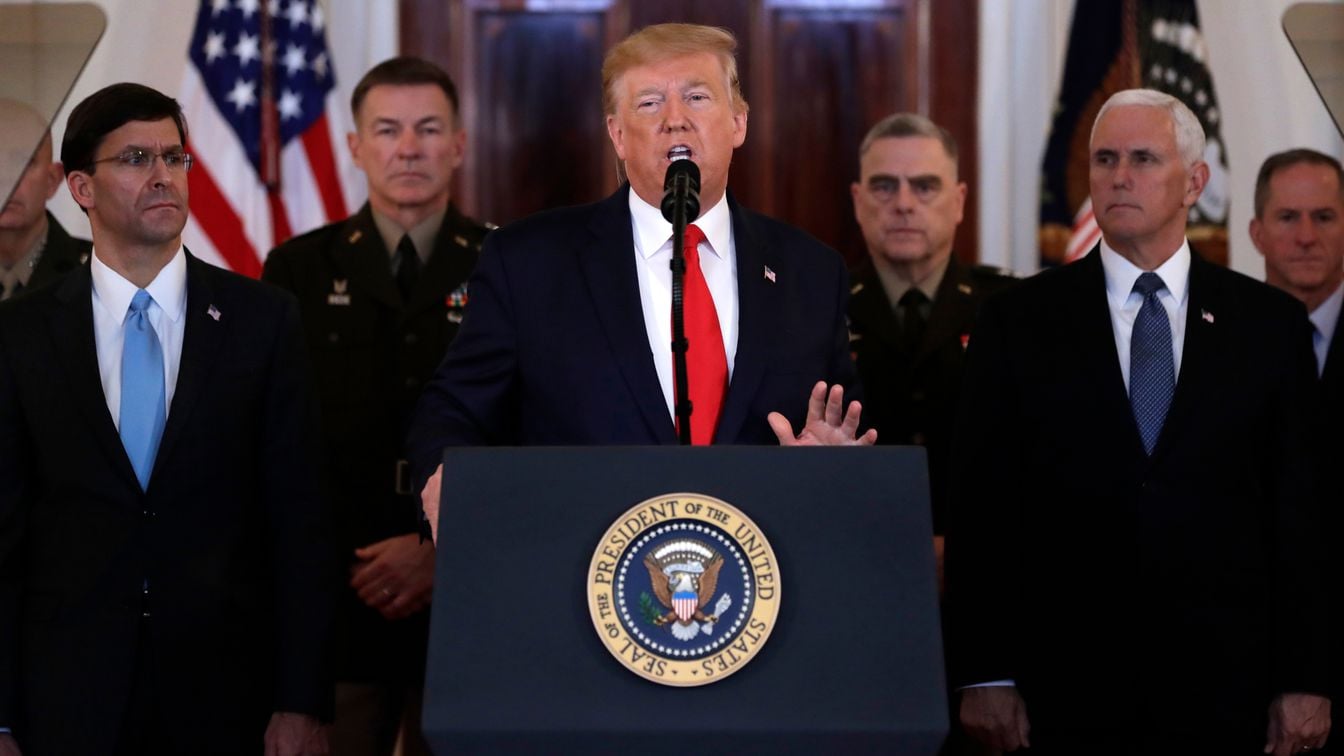 US equity futures advanced on Thursday, extending a relief rally after the United States and Iran both appeared to step back from deeper military conflict.

Trump's address to the nation, on Wednesday, saw the president confirm that no Americans were hurt after Iranian missiles struck two US military bases in Iraq and signal a preference for dealing with Iran through “punishing economic sanctions”, as opposed to military force.

With Iran since appearing to indicate that its act of retaliation had "concluded", investors have now shifting their focus back to the progress of US-China trade relations.

In recent trade developments, China had confirmed that its top trade negotiator would travel to the US on Jan. 13 for the planned signing of a phase-one trade accord.

Ahead in today’s economic calendar, Thursday includes; Weekly Jobless Claims at 8:30am EST.

TODAY'S TOP HEADLINES
Middle East & Politics: US and Iran Back Away From Open Conflict. (The WSJ)
President Trump moved Wednesday to de-escalate hostilities with Iran, signaling no new US military strikes following an Iranian missile barrage on Iraqi bases housing American and allied military forces that resulted in no casualties.

Bed Bath & Beyond (BBBY): [EARNINGS] Reported a quarterly loss of 38 cents per share, compared to forecasts of a profit of 2 cents per share. The housewares retailer’s revenue also came in below estimates, and the company has withdrawn its full-year forecast. New CEO Mark Tritton said the current quarter would remain pressured, and called the results “unsatisfactory.”

Uber (UBER): [NEWS] Has discontinued upfront ride pricing in California, in response to a new law which requires the ride-hailing service to classify more of its drivers as employees rather than independent contractors.

HP Inc. (HPQ): [NEWS] Has once again rejected a takeover bid by Xerox (XRX), saying the proposal undervalues the computer and printer maker. HP also said the fact that Xerox has secured financing for the $33 billion offer is not a basis for a takeover discussion.

Alphabet (GOOGL): [REVIEW] Bank of America Securities raised its price target on the Google parent’s stock to $1,620 per share from $1,450 a share, noting a healthy ad business and saying the Google operation would benefit from a number of factors including the elevation of Sundar Pichai to Alphabet CEO.

Coca-Cola (KO): [UPGRADE] Upgraded to “outperform” from “neutral” at Credit Suisse, which said structural changes at the company should allow revenue and returns on investment to grow faster.

Voya Financial (VOYA): [NEWS] Is exploring a possible sale, according to people briefed on the matter who spoke to the Financial Times. The paper said the U.S.-based retirement plan provider could be valued at $10 billion or more.
Costco (COST): [NEWS] Reported a December comparable sales increase of 9%, exceeding the consensus StreetAccount estimate of 7.1%.

Walmart (WMT): [NEWS] Said it opened 134 new stores in Mexico last year, the biggest expansion by the retailer in that country since 2013.
Occidental Petroleum (OXY): [NEWS] Said it would begin a new round of job cuts, following its $38 billion buyout of Anadarko Petroleum. The energy producer did not give a specific number of jobs to be cut but has been selling assets and reducing expenses since completing the deal.