Trump Threatens To Deploy Troops | S&P 500 On The Rise 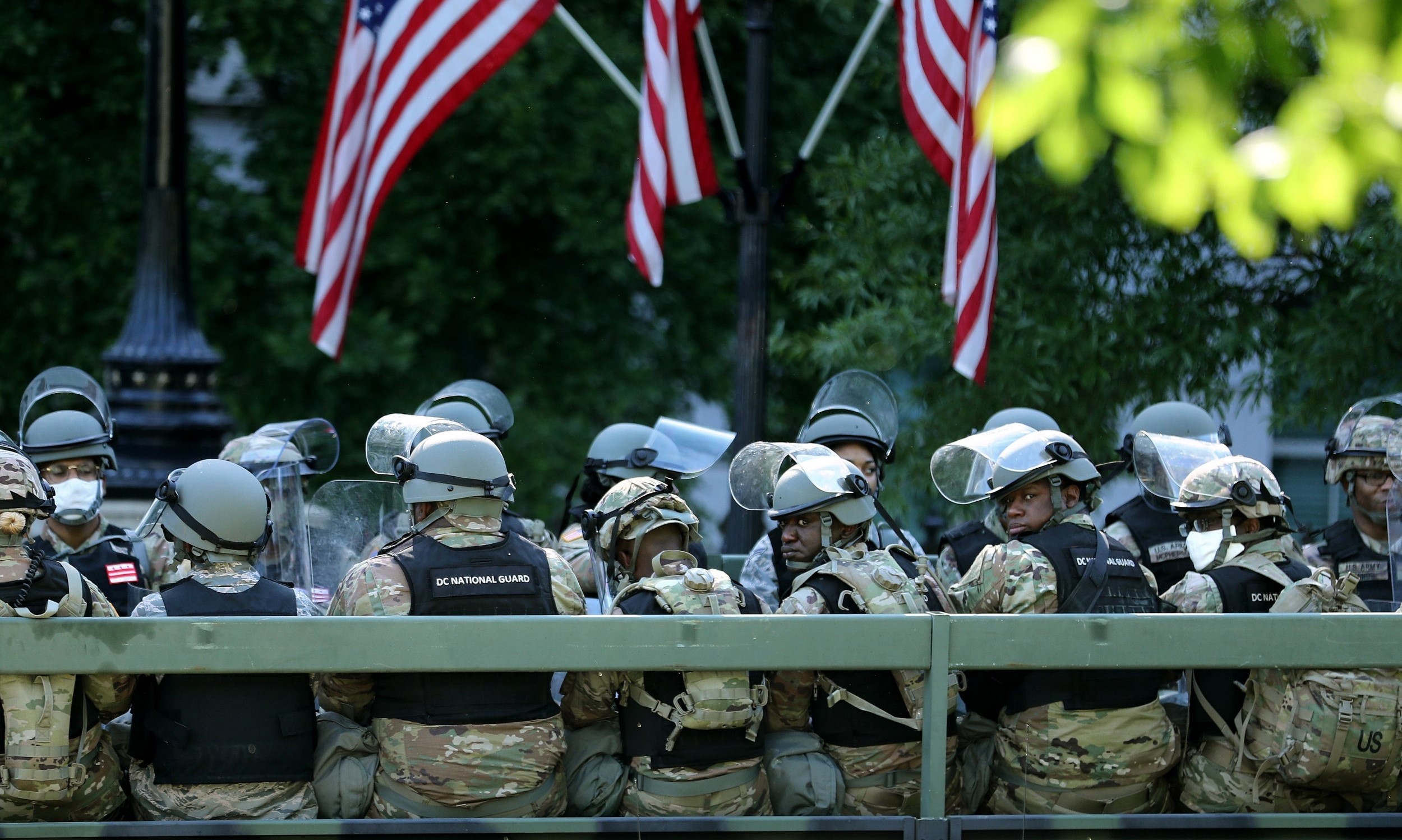 US stock futures rose on Tuesday, as investors took stock of various risks that could trip up the reopening of the US economy.

The street has driven stocks up to three-month highs as businesses reopen around the world and manufacturing gauges show economies stabilizing following coronavirus shutdowns - however a slew of risks remain, including tense US-China relations and social unrest in the US.

President Trump said Monday he would send the US military to cities to quell civil unrest following the death of George Floyd, an unarmed black man, at the hands of a Minneapolis police officer.

"If a city or state refuses to take the actions necessary to defend the life and property of their residents, then I will deploy the United States military and quickly solve the problem for them", Trump told reporters.

Despite these ongoing concerns, the S&P 500 has risen for five out of the past six days - having gained +0.40% yesterday - boosted by data suggesting the downturn in the American economy has moderated.

TODAY'S TOP HEADLINES
US: Trump Threatens to Use Troops to Crush Unrest. (The WSJ)
President Donald Trump threatened to deploy the US military to end “riots and lawlessness” across the country in a Rose Garden address punctuated by the sound of explosions as federal officers dispersed peaceful demonstrators just outside the White House gates.

Southwest Airlines (LUV): [NEWS] Is offering workers buyout packages and temporary paid leaves, in what CEO Gary Kelly said is an effort to ensure the airline’s survival. Southwest has never laid off or furloughed employees in its 49-year history.

Slack (WORK): [RATED] Rated “outperform” in new coverage at Cowen, which said the shift to remote work has given the workplace messaging platform a “major booster shot” that is underappreciated.

Stitch Fix (SFIX): [NEWS] Will cut 1,400 jobs in California and move some operations to a handful of lower-cost locations. The online clothing stylist said the move was related to the cost of doing business and California and not to the Covid-19 pandemic. The company also said it would offer new roles to all those affected by the move.

LabCorp (LH), Quest Diagnostics (DGX): [RATINGS] Both rated “buy” in resumed coverage at Deutsche Bank. The firm notes a faster-than-expected rebound in routine testing, as well as a Covid-19 testing addressable market that it feels is currently underappreciated.

MoneyGram (MGI): [NEWS] Is the target of a takeover bid by rival money transfer company Western Union (WU), according to a Bloomberg report. No potential purchase price was disclosed.

S.L. Green Realty (SLG): [NEWS] Said it had collected 89.1% of its April rent, amid challenges presented by the pandemic, with May collections on a similar trajectory. April figures show a 63.3% collection rate for retail tenants, 95.1% for renters of office space.

Dick’s Sporting Goods (DKS): [EARNINGS] Lost 62 cents per share for the first quarter, wider than the 57 cents a share loss expected by Wall Street. Revenue and comparable-store sales also missed estimates, amid Covid-19-related store closures. Dick’s did see a 110% surge in e-commerce sales during the quarter, and added that the current quarter has gotten off to a strong start.

Lands’ End (LE): [NEWS] In a preliminary report, the company lost 64 cents per share for its first quarter, wider than the 56 cents a share loss that analysts had anticipated. Revenue was slightly below forecasts. Lands’ End said its company-operated stores had seen comparable-store sales growth of 14.2% in February, before its stores closed in mid-March due to the coronavirus outbreak.

Starbucks (SBUX): [NEWS] Is asking workers to choose between more limited hours, or taking unpaid leave until at least September. The coffee chain does not expect a rebound in sales until then at the earliest.

Apple (AAPL): [NEWS] Is cutting iPhone prices in China, as it seeks to extend the momentum it has enjoyed as the Chinese economy gradually reopens following virus-related lockdowns and closures. CNBC.com reports that although Apple’s own official Chinese website does not reflect price reductions, double-digit discounts can be seen on various reseller sites like Tmall.

Visa (V): [NEWS] Said US payment volumes fell by 5% in May, slower than the 18% decline registered in April and a possible indication that consumer spending is recovering as coronavirus-related lockdowns are eased.