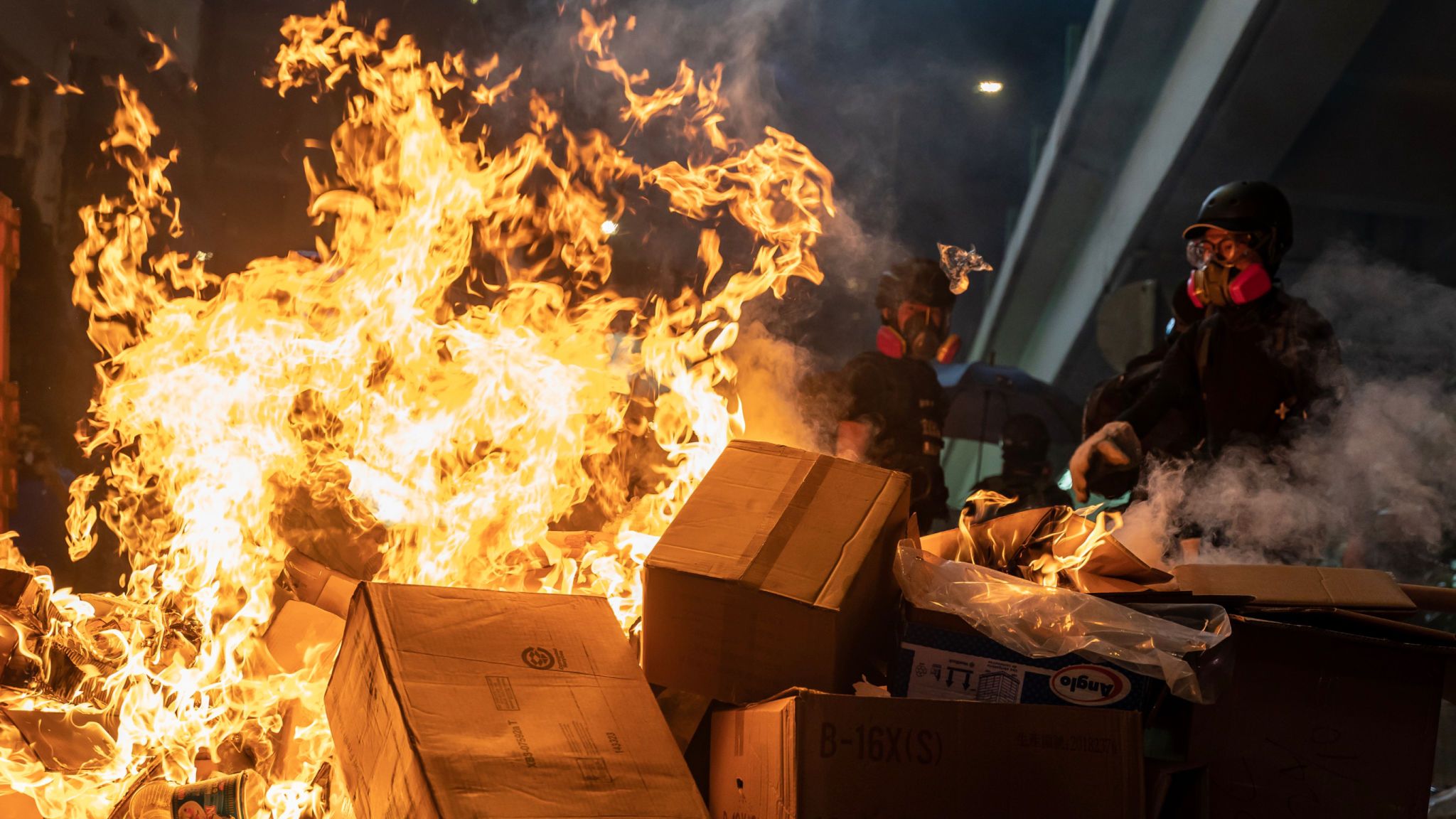 The Hong Kong, Hang Seng, benchmark suffered its largest one-day drop in more than three months, closing -2.6% lower in the overnight session, after police confirmed that a live firearm was used and one man had been shot in Sai Wan Ho, a neighborhood on Hong Kong island, in an incident that was filmed and circulated on social media.

The continuing unrest in Hong Kong, which had triggered similar selloffs this year, acted reminder of the lingering geopolitical risks that investors face while uncertainties such as trade negotiations drag on.

Most recently, on the US-China trade front, President Donald Trump said over the weekend that America hasn’t yet reached an agreement with China and emphasized that he wouldn’t eliminate all tariffs, a condition that the Chinese media has suggested is crucial to inking any deal with Beijing.

These developments look to weigh on Friday’s gains, where US stocks finished their multi-week winning streaks in style, with all three main equities gauges simultaneously closing at record highs.

The S&P 500 overcame a sloppy morning session to finish +0.25% higher; bringing its cumulative advance over the past five sessions to +0.91%, its first five-week winning streak since March.

Ahead, stock volumes are expected to be thinner today as the US observes Veterans Day. The bond market will be closed.

TODAY'S TOP HEADLINES
Hong Kong: Hong Kong Protester Shot by Police as Clashes Escalate. (The WSJ)
Hong Kong’s leader said her government won’t yield to violence after one of the bloodiest days of unrest so far left two people critically injured, a protester who was shot by police and a man set on fire after arguing with demonstrators.

Cisco Systems (CSCO): [DOWNGRADE] Downgraded to “neutral” from “overweight” at Piper Jaffray, which points to a slowing macro environment in Cisco’s markets as well as the lack of any near-term catalyst for the stock.

Xerox (XRX): [NEWS] Is offering computer and printer maker HP Inc. (HPQ) four weeks of mutual due diligence, according to a Bloomberg report. HP acknowledged last week that Xerox had approached it about a possible business combination.

Apple (AAPL): [NEWS] Apple’s newly launched Apple Card is being accused of gender discrimination by the algorithm that determines credit limits. Goldman Sachs (GS), which partners with Apple in issuing the card, released a statement saying it does not make decisions on factors like gender.

Tesla (TSLA): [REVIEW] Jefferies raised its price target on the automaker’s stock to $400 per share from $300 a share, noting gross margin levels that are consistent with sustained profitability.

Amazon.com (AMZN): [NEWS] Executive, Steve Kessel, is leaving the online retail giant after 20 years. Kessel is a senior vice president who has worked on both Amazon’s Kindle e-reader and its brick and mortar Amazon Go stores.

Boeing (BA): [NEWS] Boeing’s 737 Max jet has been taken off flight schedules for both American Airlines (AAL) and Southwest Airlines (LUV) until early March, as they await the return to service of the still-grounded jet.

Alibaba (BABA): [NEWS] Is on pace to post record sales for its Singles’ Day event, although the pace of year-to-year growth is seen as likely to fall short of year-ago levels. This is the 11th year the China-based e-commerce retailer has held the event.

Bank of New York Mellon (BK): [UPGRADE] Upgraded to “buy” from “neutral “at UBS, which notes a stabilization in net interest income as well as improved cost controls.

Bellring Brands (BRBR): [RATING] Rated “overweight in new coverage at Morgan Stanley, with a price target of $21 a share. The stock went public at $14 per share last month.