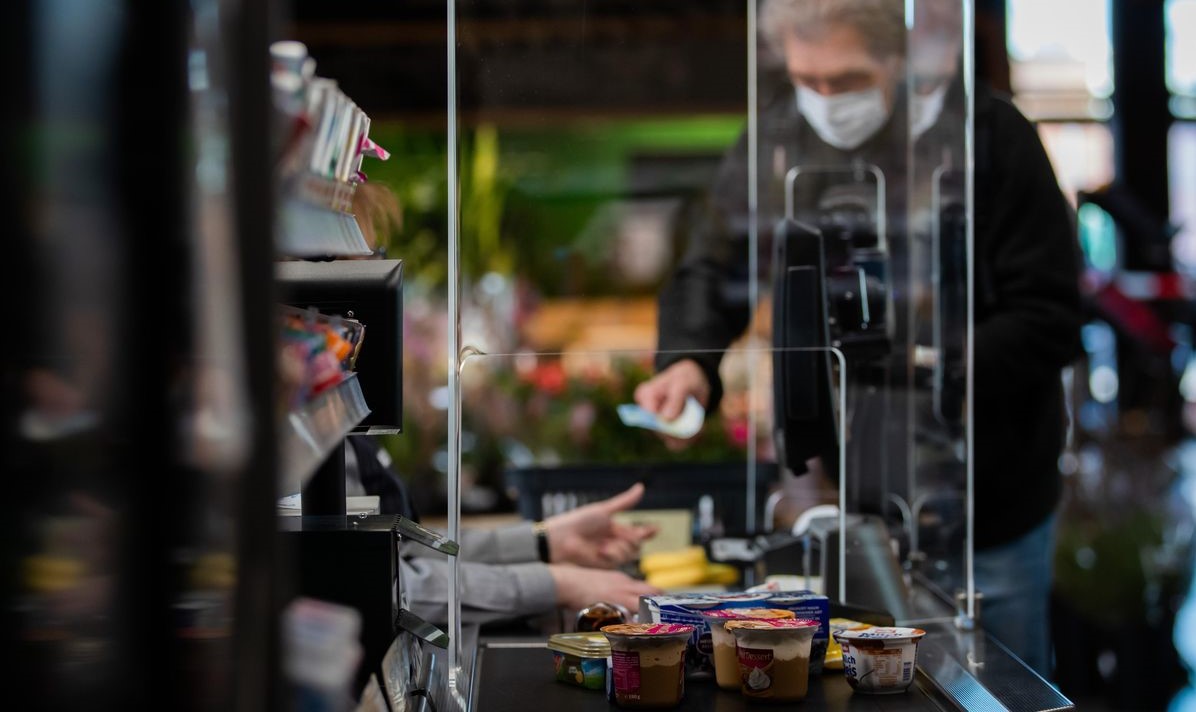 US stock futures wobbled on Thursday, ahead of weekly jobless claims data as anxiety surrounding the pandemic’s economic fallout prompted a recent rise in market volatility.

The S&P 500 (-1.77%) declined for a second consecutive session on Wednesday after Powell warned the US economy's "path ahead is both highly uncertain and subject to significant downside risks."

“Additional fiscal support could be costly but worth it if it helps avoid long-term economic damage", the Fed chief added.

Ahead, the street will look to assess the extent of the damage to the labor market when new figures on unemployment-benefits claims are released at 8:30am EST this morning.

The data, for the week ended May 9, will influence expectations for consumer spending; a key economy-driver over this past decade.

TODAY'S TOP HEADLINES
Coronavirus: Wall Street Heavyweights Are Sounding Alarm About Stocks. (Bloomberg)
The biggest names in finance are coming around to a view that seemed unlikely a few weeks ago: Stocks are vastly overvalued.

SmileDirectClub (SDC): [EARNINGS] Lost 28 cents per share for its latest quarter, wider than the 19 cents a share loss that Wall Street analysts were anticipating. The maker of teeth-straightening aligners saw its revenue miss estimates as well, and the company sees its kits businesses providing a larger percentage of revenue going forward compared to business in its SmileShops. Following the release of the quarterly report, Bank of America Securities cut its rating on the stock to “underperform” from “buy.”

Jack In The Box (JACK): [EARNINGS] Came in 16 cents a share below estimates, with quarterly earnings of 50 cents per share. The restaurant chain’s revenue beat Street forecasts. Comparable sales were down 4.2%, and Jack In The Box also withdrew financial guidance as well as suspending its dividends and share buybacks.

Norwegian Cruise Line (NCLH): [EARNINGS] Reported a first-quarter loss of 99 cents per share, wider than the 50 cents a share loss that analysts had projected. Revenue was in line with forecasts. The cruise line operator said it was well-positioned to withstand 18 months of voyage suspensions.

Fiat Chrysler (FCAU): [DIVIDEND] Will not distribute its 2019 dividend that was due to be paid this year because of the impact of the coronavirus outbreak. Peugeot parent PSA Groupe is also suspending its dividend payout, and the two automakers said their merger plans are proceeding as scheduled.

DraftKings (DKNG): [RATING] Susquehanna Financial began coverage of DraftKings with a “positive” rating, noting that the online gambling site operator is the leader in a market that could grow to as much as $40 billion in the next 10 years.

Intelsat (I): [NEWS] Filed for bankruptcy protection, in a move designed to allow the satellite operator to participate in an upcoming government airwaves auction. Intelsat has $14.5 billion in debt, and would have to spend more than $1 billion to participate due to the cost of moving existing customers off airwaves to be sold.

Tesla (TSLA): [NEWS] Issued a warning to workers who choose to stay at home even after being ordered back to work, saying they could lose their unemployment benefits.

McCormick (MKC): [UPGRADE] Upgraded to “outperform” from “neutral” at Credit Suisse, as more people cook at home and use the company’s spices and other products.

3M (MMM): [NEWS] Said its sales fell 11% in April, with a surge in face mask demand being offset by declines for its other product lines. Health-care sales rose 5%, while transportation and electronics saw a 20% drop and safety and industrial sales fell 11%.

Tyson Foods (TSN): [NEWS] Cut prices for some of the beef it sells to supermarkets and restaurants by 20% to 30%. This comes after disruptions at meat plants led to a jump in the cost of meat.

Starbucks (SBUX): [NEWS] Wants landlords to lower rent for the next year, according to a letter from Chief Operating Officer Roz Brewer and reported by the Seattle Times. The letter cited the economic disruption caused by the Covid-19 pandemic.

Mastercard (MA): [NEWS] Said it saw a slight rebound in credit card use during the two weeks ended May 7, due to loosening of social distancing rules in some areas as well as fiscal stimulus.