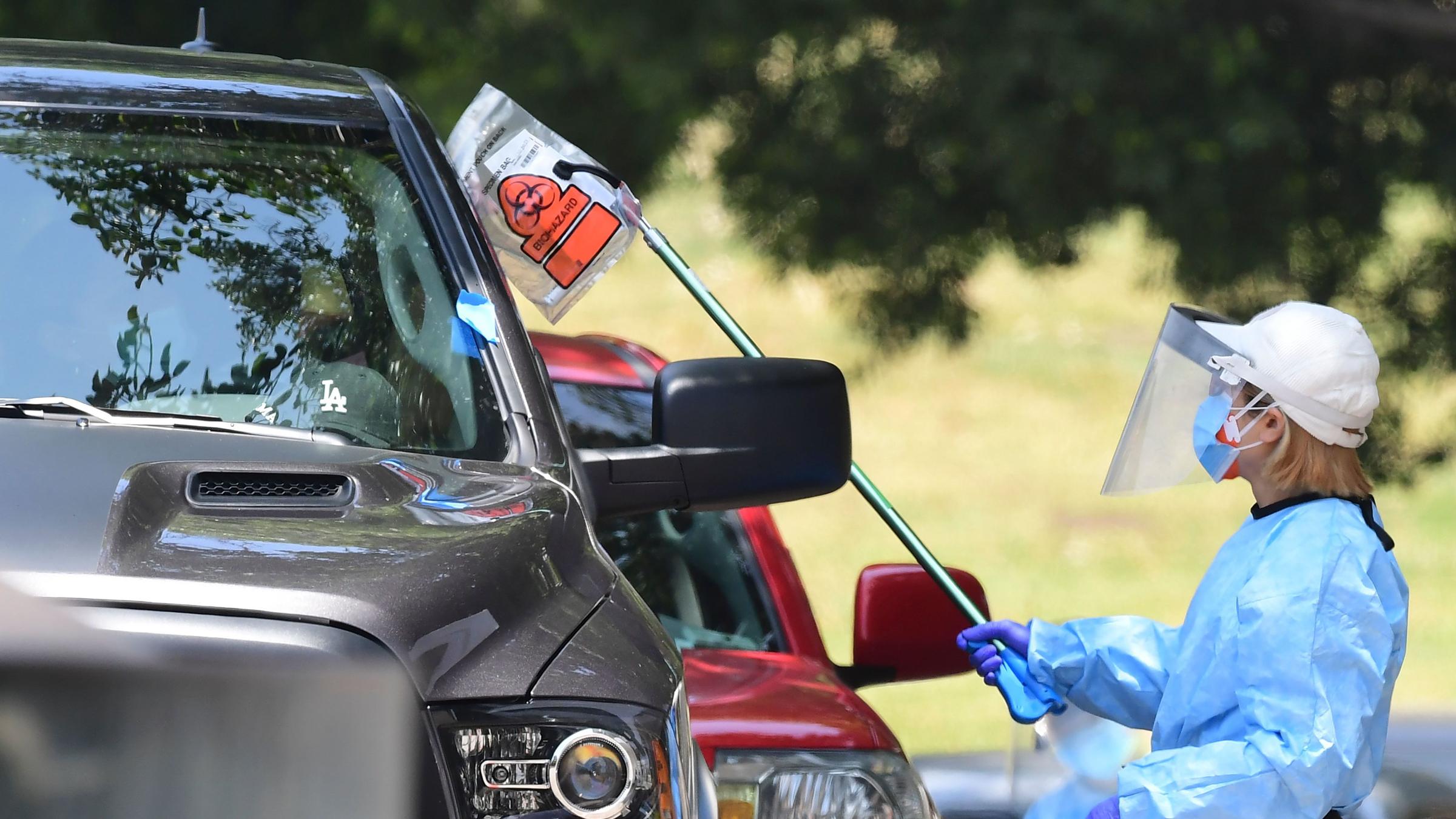 US equity futures fluctuated on Monday, after authorities in Florida, Texas, California and Arizona, the states hardest-hit by a recent rise in virus cases, imposed new restrictions and retreated reopening plans.

On Friday, the S&P 500 (-2.38%) slumped lower, as worries grew that portions of the economy could be shuttered amid a virus resurgence.

Over the weekend, coronavirus cases world-wide passed 10 million, with more than 500,000 deaths reported since the pandemic began.

Across the Atlantic, stocks in Europe were positioned marginally higher by afternoon trading, while Asian equity indices closed lower overnight.

Ahead, today's economic calendar includes; Pending Home Sales data for May at 10am EST.

In corporate news; Micron Technology (MU) and Herman Miller (MLHR) are both expected to report their latest financial figures today.

TODAY'S TOP HEADLINES
Coronavirus: US Coronavirus Cases Surge. (The WSJ)
Cases of the new coronavirus continued to surge over the weekend in the US, while parts of the country pulled back reopenings and some faced strains on hospital and testing capacity.

STOCKS IN THE SPOTLIGHT
Pre-Market Movers & News Related Stocks.
Intercept Pharmaceuticals (ICPT): [NEWS] The Food and Drug Administration did not approve the company’s treatment for obesity-linked liver disease. Intercept said it would meet with the FDA to discuss possible paths to approval.

Starbucks (SBUX), Coca-Cola (KO): [NEWS] Starbucks and Coca-Cola both announced pauses in social media ads, in the latest actions against hate speech on platforms like Facebook (FB) and Twitter (TWTR).

BP (BP): [NEWS] Announced the sale of its petrochemicals business to privately held UK chemicals company Ineos for $5 billion. BP said the move means it has met its $15 billion divestments target a year ahead of schedule.

Delta Air Lines (DAL): [NEWS] Will send out warnings of possible furloughs to about 2,500 pilots, due to the severe drop in travel demand. Delta is also offering some pilots voluntary early retirement.

Beyond Meat (BYND): [DOWNGRADE] Downgraded to “underweight” from “overweight” at Barclays, which points to several factors including the impact of lockdowns on foodservice channels.

General Motors (GM): [NEWS] Is pushing back on a judge’s order to resolve a legal dispute with rival Fiat Chrysler (FCAU) by having the CEOs of the two companies meet. GM is seeking to have that order tossed out, and continue to pursue its racketeering charge against its rival. GM had accused Fiat Chrysler of bribing union officials to gain a labor cost advantage.

Novartis (NVS): [NEWS] Pulled its application for European approval of its dry-eye drug Xiidra after regulators said its effectiveness had not been demonstrated. The drug is already approved in the U.S.

Amazon.com (AMZN): [NEWS] Amazon and Japan’s SoftBank have both approached Russian conglomerate Sistema about a possible buyout of the conglomerate’s online retail unit Ozon, according to Sistema’s majority owner.

Coty (COTY): [NEWS] Will pay $200 million for a 20% stake in Kim Kardashian West’s makeup brand. Coty had said earlier this month that it was talking to Kardashian West about a possible collaboration. It’s the second deal Coty has struck with the Kardashian/Jenner family this year, having already taken a 51% stake in Kylie Jenner’s brands.

BioNTech (BNTX): [NEWS] Singapore’s Temasek and other investors are injecting $250 million into the German biotech firm, through the purchase of stock and convertible securities. BioNTech has a Covid-19 vaccine candidate in development and has said it expects the first clinical data on the vaccine this month or in July.

Under Armour (UAA): [NEWS] Said it would end the 15-year, $280 million apparel partnership with the University of California, Los Angeles, that it signed with the university in 2016, saying it had not received the expected marketing benefits for an extended period of time. UCLA said it would fight the move to end the partnership.