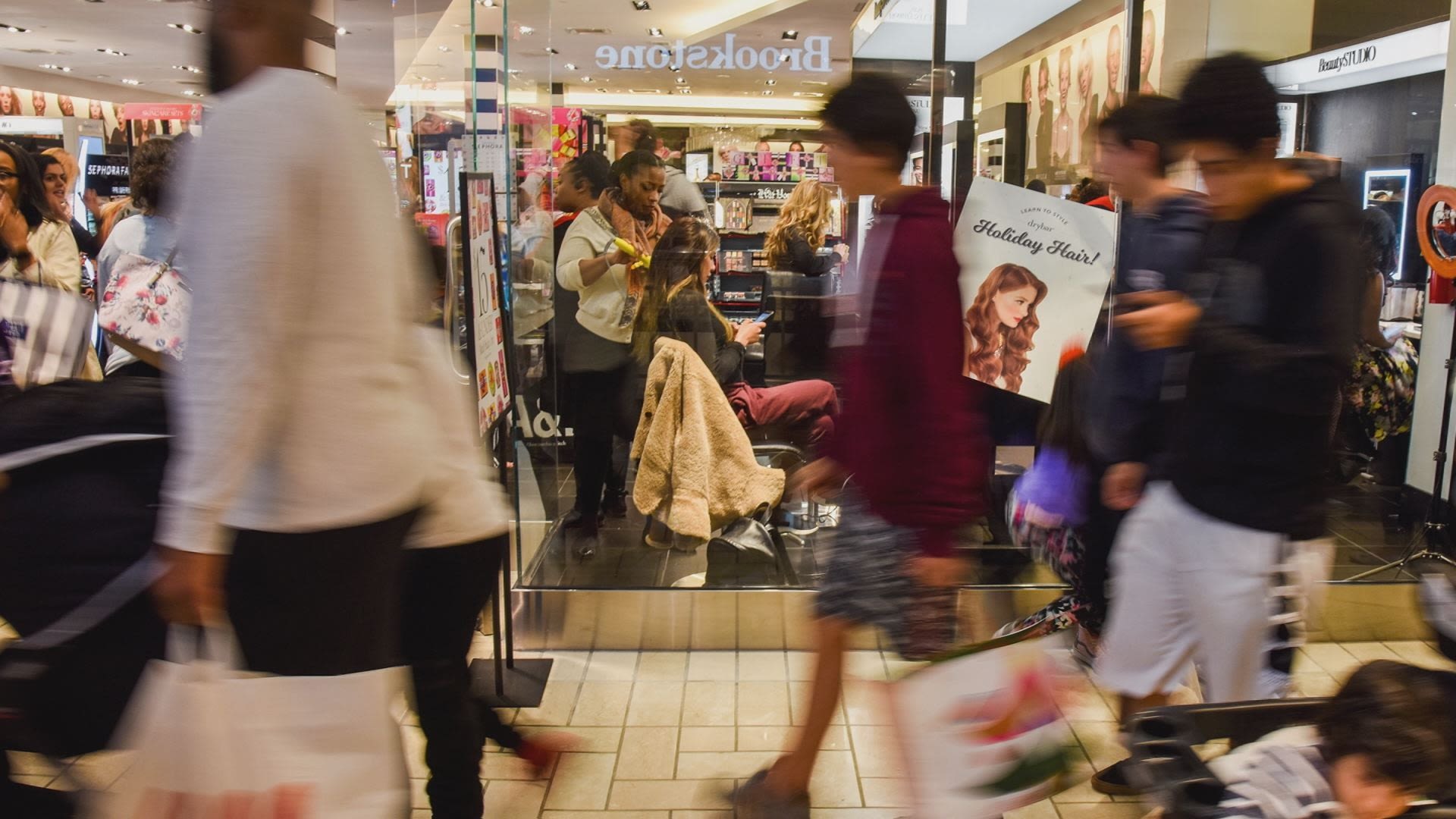 US equity futures trod water this morning, alongside European stocks, following a mixed session in Asia where overnight investors awaited a raft of US corporate earnings, economic data and clues from Fed policy makers.

With markets at or near all-time highs, but also trading at historically lofty valuations, investors are likely to assess what could be a crucial reading of US retail sales over the month of June, today at 8:30am EST, in order to gauge the health of the American economy and predict a reaction from the Federal Reserve.

These figures will be released ahead of a speech by Fed chairman, Jerome Powell, at 1:00pm EST, during the 2019 G7 French presidency finance summit in Paris, titled; "Aspects of monetary policy in the post-crisis era".

The S&P 500 bounced off session lows to finish just +0.03% higher, while the Dow Jones Industrial Average and Nasdaq Composite saw similar shallow gains, up +0.08% and +0.32% respectively.

In today’s economic calendar, aside from Retail Sales data, Tuesday also includes; Export and Import Price figures for June at 8:30am EST, Industrial and Manufacturing Production data for June at 9:15am EST, followed by Business Inventories for May at 10am EST.

TODAY'S TOP HEADLINES
Cryptocurrency: Mnuchin: US has ‘very serious concerns’ that Facebook’s Libra could be misused by terrorists. (CNBC)
Treasury Secretary Steven Mnuchin has concerns about Facebook’s proposed cryptocurrency and its potential illicit use. In a press conference Monday, Mnuchin said Facebook’s planned digital currency “could be misused by money launderers and terrorist financiers” and that it was a “national security issue.”

Domino’s Pizza (DPZ): [EARNINGS] Earned $2.19 per share for its second quarter, beating forecasts of $2.02 a share. Sales were below analysts’ estimates, however. U.S. comparable-store sales were up 3%.

Fiat Chrysler (FCAU): [RATING] Goldman Sachs issued a “sell” rating on the stock, saying it sees limited opportunity for North American earnings growth and that other segments of the company’s business face challenges.

JPMorgan Chase (JPM): [EARNINGS] Reported quarterly profit of $2.82 per share compared to a consensus estimate of $2.50 a share, but that did include 23 cents in tax benefits. Revenue beat forecasts as well, but profit on lending fell as interest rates declined.

Goldman Sachs (GS): [EARNINGS] Earned $5.81 per share for the second quarter, beating the consensus estimate of $4.89 a share. Revenue also beat forecasts and Goldman boosted its quarterly dividend to $1.25 per share from 85 cents a share.

Tesla (TSLA): [NEWS] Tesla has dropped the cheapest versions of its Model X and Model S cars, in an effort to simplify its lineup. It also cut prices on its Model 3 sedan.

KeyCorp (KEY): [NEWS] Said that it discovered fraudulent activity associated with transactions by a business customer. KeyCorp is investigating potential exposure to the fraud, currently estimated at up to $90 million net of tax.

Vale (VALE): [NEWS] Vale will pay about $107 million in compensation to workers who were affected by the January mining disaster that killed at least 240 people. The mining company had announced a $2.4 billion writedown in May for payments to victims’ families.

CBS (CBS), Viacom (VIAB): [NEWS] The media companies have set an August 8 deadline to agree to a merger deal, according to people familiar with the matter.

Amazon.com (AMZN): [NEWS] Amazon’s “Prime Day” continues into its second day today. Reports point out that although competitors may match Amazon’s price deals, the company’s goal is more about signing up more members for its Prime program.

Slack Technologies (WORK): [RATING] KeyBanc initiated coverage on the workplace messaging service with an “overweight” rating, saying Slack’s service has redefined digital workplace communications and that its revenue could grow beyond $3 billion in 5 years and $10 billion within 10 years.